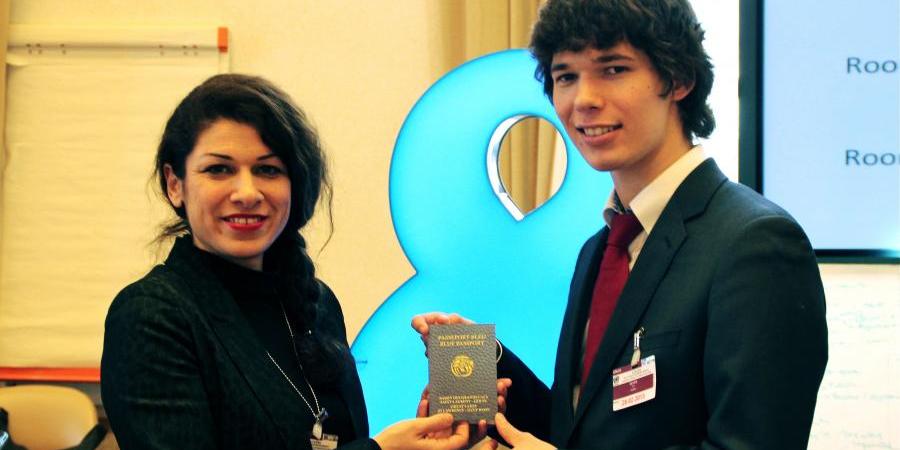 How to achieve sustainable management of water resources was listed as one of the top priorities in the final declaration of the World Water Forum 2012 in Marseille. This motivated the International Secretariat for Water (ISW), to launch a new initiative. The Blue Passport.

Bart Devon, President of the World Youth Water Parliament, is a proud Belgian. With the Blue Passport he is now also citizen of a river basin. The source of the Schelde (Escaut) is located in France. The river crosses the border to Belgium, and reaches the sea in the Netherlands. Since Roman times it played an important role, connecting people, cultures, and traders.

Maggie White, co-director of the Canadian NGO ISW, sees the Blue Passport as a good means to strengthen identity of people with watersheds. The UN General Secretary Ban Ki Moon and Letitia Obeng, the former Chair of the Global Water Partnership, already received the document. The vision is ambitious.

The International Year of Water Cooperation 2013 can make a difference for this initiative. ISW plans a partnership with the International Network of Basin Organizations (INBO). Members of INBO could promote and distribute the Blue Passport on a large scale.

The Swiss Agency for Development and Cooperation (SDC) supports ISW and shares its vision. Particularly in areas with water scarcity, it is a great challenge to develop a stronger identity for water.