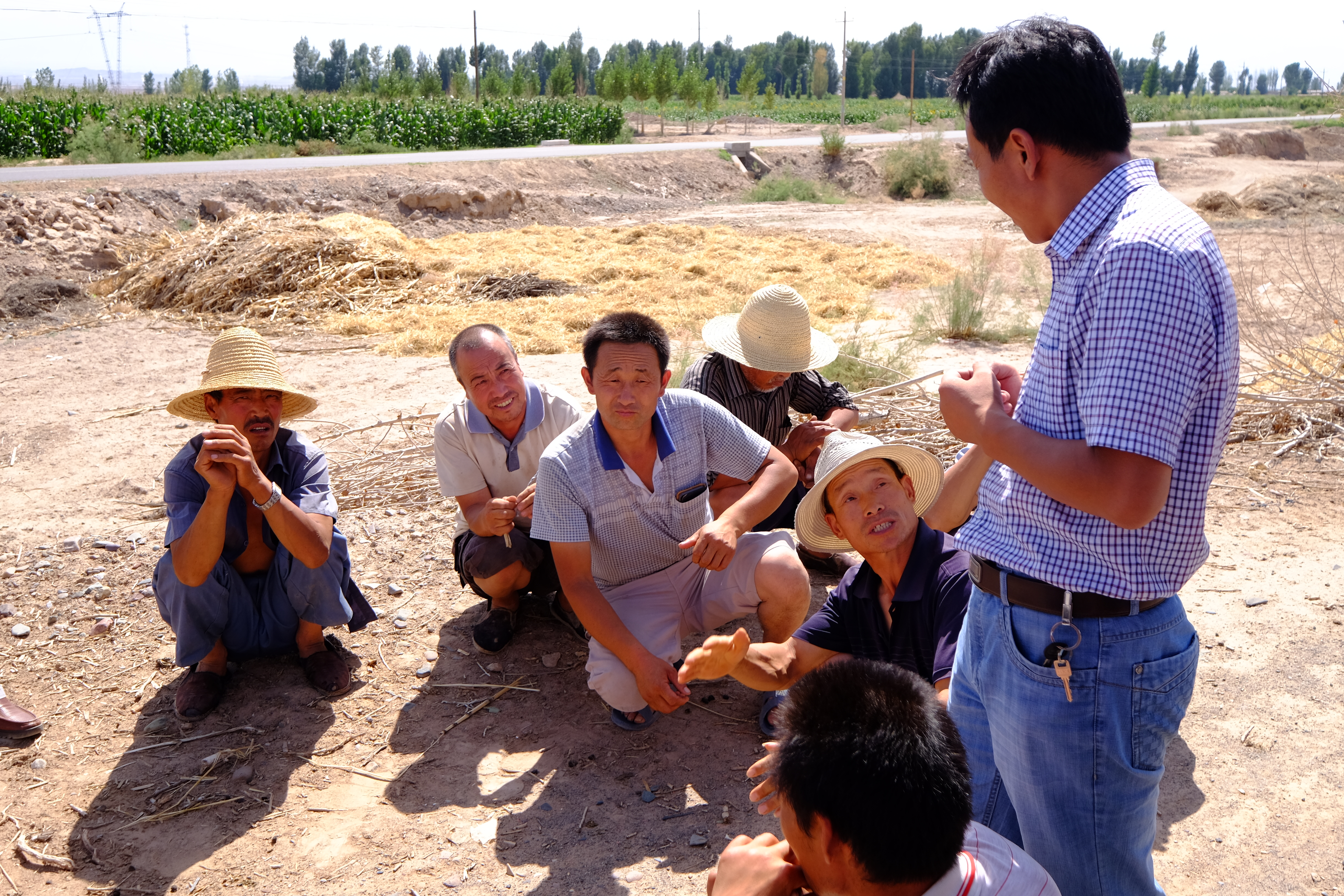 In the past 30 years the aquifers in the semi-arid North China plain have been severely over-exploited. In some places water tables dropped at a speed of 2 meters per year. The natural flow system, in which water is recharged from the mountains and in the plain and discharged towards the sea, has been reversed in both the lower and the shallow aquifer layers due to the formation of deep cones of depression in heavily exploited areas.

The overexploitation is primarily a consequence of the intensification of agriculture to feed a growing population. While the natural precipitation in the North China plain is sufficient to support one grain crop per year under average rainfall conditions, the double cropping of mainly winter wheat and maize can only be sustained by the depletion of groundwater resources. The situation has been aggravated by the fact that annual precipitation has decreased by 14% over the last 5 decades.

The vulnerability of China to the impacts of climate change is high. Together with rapid economic and population growth and urbanisation, long-term climatic trends have strained China’s water resources to an extent that all major river basins in the North and North-West are suffering from water shortage. The country’s water supply and agricultural production is threatened by changing spatial and temporal distribution of precipitation connected with more frequent weather extremes such as droughts, heat waves and floods. The over-pumping decreases the amount of water stored in the aquifers and thus the ability of aquifers to serve as reservoirs for mitigating climate extremes.

While a release of irrigation water from a surface reservoir is easily controlled, extraction of groundwater is neither easily monitored nor effectively controlled by local water authorities due to the large number of wells involved (amounting to about 95 million in the whole of China). The difficulty posed by managing them is the major reason why many aquifers in dry countries are over-pumped. With new technology, the challenge of bringing these aquifers back to a sustainable extraction mode can be tackled.

In arid and semi-arid regions, reliable agricultural production is only feasible with irrigation. Groundwater as the only water resource, which is available all year round, has become more and more attractive to agricultural water users to guarantee reliable yield in agriculture. Severe over-pumping of aquifers has been common. It is estimated that 25 percent of the 800 km3 pumped annually from aquifers worldwide are not renewed by recharge and thus lead to depletion of aquifers.

Aquifers can store water over years and are therefore particularly suited for mitigation of drought periods, which are expected to occur more frequently under climate change. To serve this purpose they must however be allowed to recover in times of above-average rainfall. Only under strict management, aquifers will be able to relieve droughts reliably. The main purpose of the project is to preserve or restore an aquifer’s capability of drought mitigation and provide insurance against expected climate extremes. It thus constitutes an adaptation measure with respect to climate variability.

China as an ideal test site

China is the ideal laboratory to investigate control systems for groundwater, which in future can be transferred to other arid and semi-arid countries in the developing and transitioning world. China offers the problem in a severe form, the climatic conditions of interest in the context of many developing countries, the infrastructure and personnel for a relatively fast implementation of the system and a still greater closeness to conditions in developing countries than Switzerland. It is therefore an excellent test bed for technologies and rural institutional development aiming at sustainable groundwater allocation and drought mitigation also in developing countries.

Goal of the project

To rehabilitate the aquifer in the North China Plain, we propose a system where in the final stage all major pumping wells can only be operated by an Integrated Circuit (IC) card system carrying the quota allowed for each well. The quota are determined centrally using a surface water-groundwater model which in real time assimilates all observation data on groundwater levels, pumping rates of wells, surface water imports and meteorology. Quota will be set higher in times of drought to mitigate drought conditions and low in times of good availability of rain water and surface water flows to allow recovery. With a sufficiently high water table even consecutive drought years can be overcome.

The technical knowledge of controlling groundwater well fields in real time has been developed in Switzerland. Developing a control system in the agricultural context of China, demonstrating its functionality and then transferring it to developing and transition countries has a high potential to contribute to drought mitigation and climate adaptation world-wide.

The overall goal of the present project is to develop and apply a system for improving groundwater management on the basis of monitoring, modelling and controlling groundwater abstractions in an effort to restore the aquifers’ capability of mitigating climate variability.

While an IC card system for groundwater pumping has already been used in Northwest of China (for example Heihe region), in North China Plain some preliminary work is necessary before such a scheme can operate successfully. The supply of renewable water and the demand for water have to be brought into balance on average over a prolonged time. Therefore, the first phase of the project has to design and introduce a strategy of managing resources which allows this equilibrium to be reached. Success will show up in monitoring by a slow-down and then a termination of water table decline.

In parallel, a system for monitoring and control of groundwater levels and groundwater abstraction will be installed and tentatively operated putting a priority on enforcing pumping restrictions for the wells exploiting the deep aquifer. Finally in the second phase of the project, the aquifer will be managed as drought-relieve storage using the real time groundwater monitoring, modelling, and control system. Different control strategies will be applied to achieve best results under different circumstances. The recovery of groundwater tables is a long-term process and can only be reached over a time span of decades. 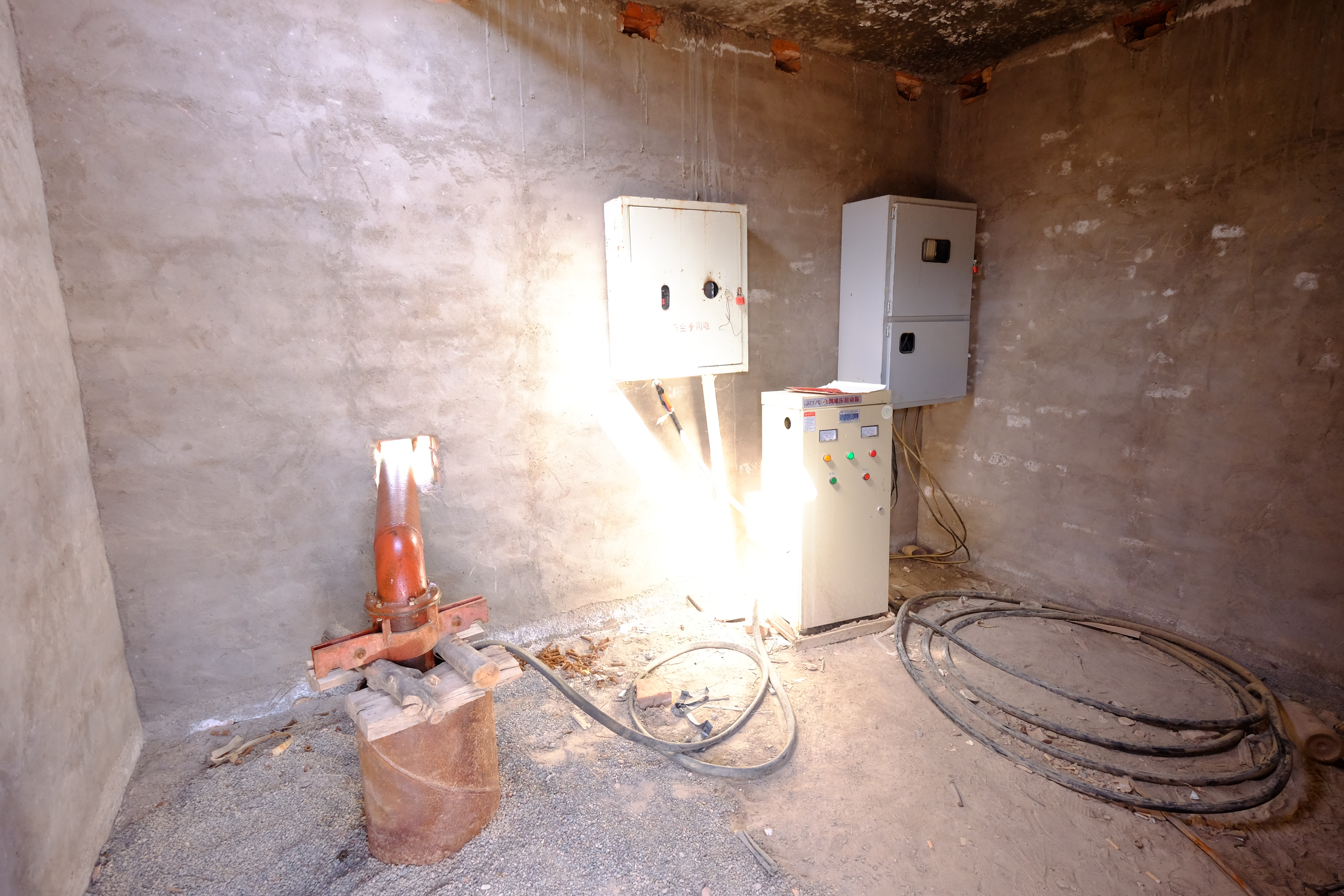 Figure: IC-card system installed on a pumping well in Heihe

Two pilot regions have been chosen to test the real-time monitoring, modelling and controlling system to prevent or reduce groundwater depletion: Heihe region in Gansu province and Handan region in North China Plain.

Heihe region features arid climate and a relatively simple aquifer with severe overpumping problems in only few irrigation districts. The core technical elements of a well metering system with an IC card and the possibility for wireless data transfer have been used in the region. It is therefore feasible to implement a real-time monitoring/ modelling/controlling system in relatively short time as a fast test and later transfer the technology and lessons learned to North China Plain, where water scarcity and overpumping are most severe.

Handan region has a semi-arid continental climate. Double cropping system of winter wheat and summer maize represents typical agricultural characteristic of the North China Plain. The pilot site chosen for Handan region is Guantao County, which has the general features of a county in North China Plain: intensive irrigated agriculture mainly relying on groundwater. The aquifer is more complex than in the Heihe case, with layers of different mineralizations. There is very little surface water supply, both amount and time of availability depending on how much is left after the upstream province’s own use. The problem of Guantao county is representative for a much larger area. A solution to it can in principle be scaled up to the whole North China Plain and possibly other places in North China. 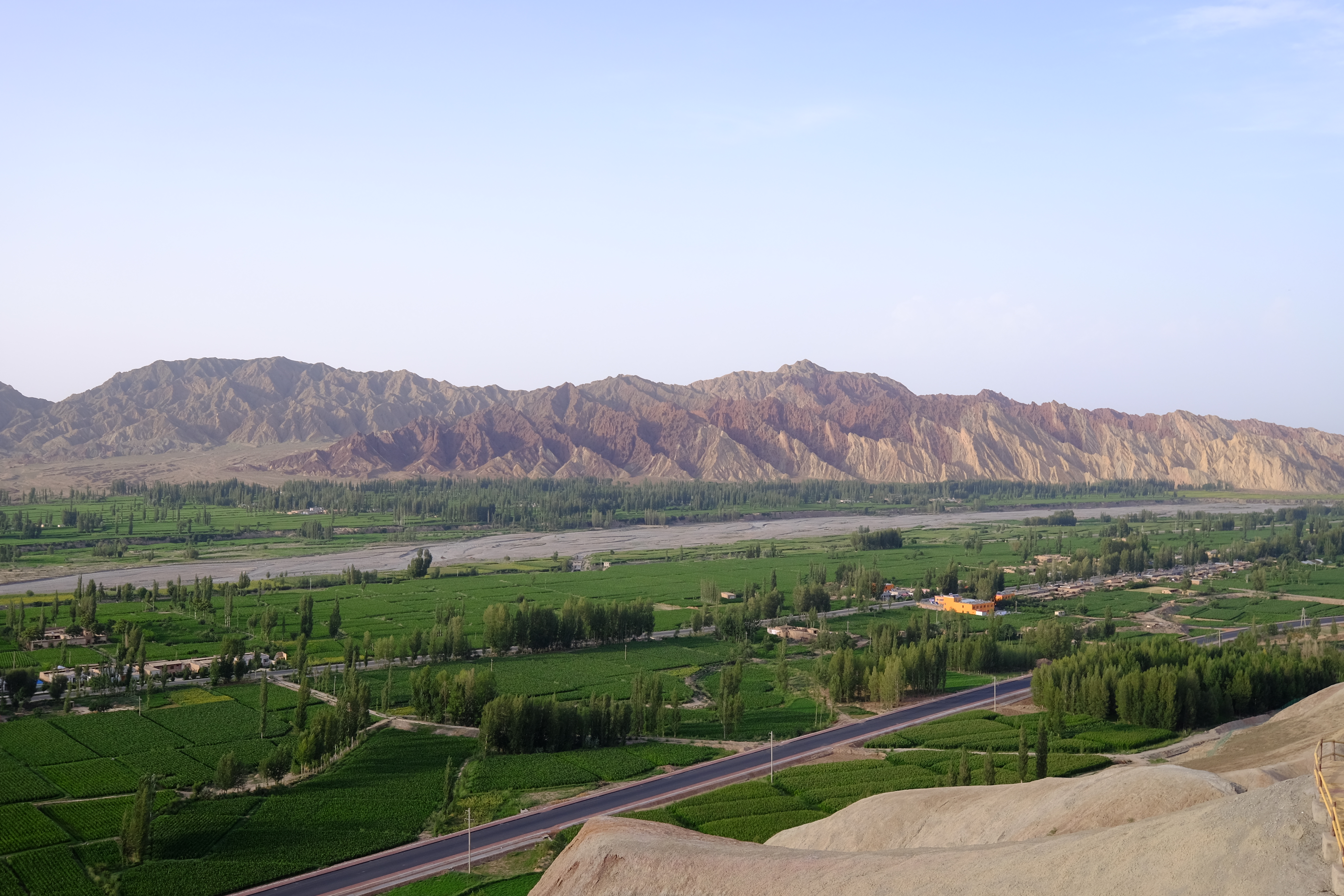 The project expert team is led by Prof. Wolfgang Kinzelbach from the Institute of Environmental Engineering at ETH Zurich, Switzerland. The Swiss project team includes experts from ETH Zurich, hydrosolutions ltd., GeoPraevent AG, photrack AG, and the University of the Arts in Zurich (ZHdK), Switzerland.

In Heihe region, the local partners are the CAS CAREERI, CIGEM, University of Lanzhou, and the Department of Water Affairs in Zhangye and Gaotai.

The multi-year project is supported by the Swiss Agency for Development and Cooperation, Ministry of Water Resources in China and Chinese Academy of Sciences.