The Responsible Business Initiative is looking for supporters from business

Launched by 80 Swiss organizations, the Responsible Business Initiative foresees that Swiss companies will be legally obliged to incorporate respect for human rights and the environment in their business activities abroad. The initiative will protect human rights, including the right to water and sanitation. The initiative is currently looking for supporters from the private sector. (55 words)

The Responsible Business Initiative is looking for additional corporate supporters. The initiative has been launched by 80 organisations, including NGOs (among others, Helvetas, Bread for all, Amnesty, Public Eye, Fastenopfer), churches, trade unions, and socially responsible investors (Ethos, Abendrot, Actares). It foresees that Swiss companies will be legally obliged to incorporate respect for human rights and the environment in their business activities abroad. The initiative will protect human rights abroad, including the right to water and sanitation. Swiss voters will vote on the initiative in 2018 or 2019. For the voting campaign, the Responsible Business Initiative is looking for additional entrepreneurs or CEOs who are willing to publicly support the initiative with their name and a statement on the initiative’s website. Dominique Biederman (Chairman of Ethos), Martin Brenner (CFO of Weleda AG), Dieter Pestalozzi (Chairman of Pestalozzi + CO AG), and Samuel Schweizer (Board member of Ernst Schweizer AG) are already supporting the initiative. Join this growing community of progressive business people and contact info@konzern-initiative.ch.

Impressions from the SWP General Assembly in May 2017

Outdoors, in nature, near the lake shore, birds singing under the bright sun…

…this is pretty much how the SWP General Assembly 2017 started.

Roughly 60 members from 30 organizations gathered in 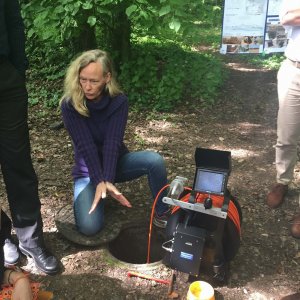 Neuchâtel to continue the route to Colombier, where they were warmly welcomed by the CHYN with coffee and croissants. The group was divided into three to learn more about the focus areas of the CHYN. Around the pumping well or in a wooden chalet, the members were introduced to CHYN’s Watsan course, the current research projects on groundwater measurements and enjoyed a presentation about the interaction between surface- and groundwater. At the water bar near the lake, the participants were invited to a groundwater tasting and listened to a presentation on hydrogeology and hydrochemistry. The three workshops were very praxis oriented, interesting and playful. 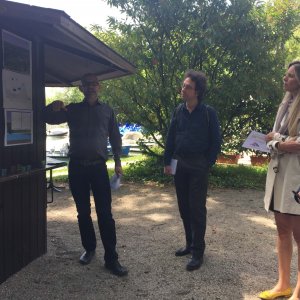 Lunch consisted of a varied outdoor picnic. Afterwards, all members of the General Assembly were brought back to the UNI Mail, ready and oxygenated enough to focus on the statutory part, which was introduced by the Co-Chair and SWP Steering Board member Olga Darazs. 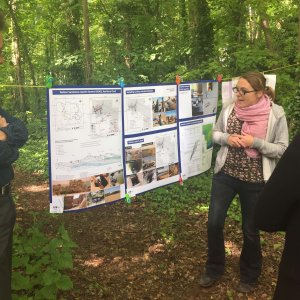 Besides reflecting on the past year and approving the documents for the coming year, a highlight was the announcement of the winner of the Steering Board elections: Congratulations to Rose Osinde Alabaster, who won the elections with a clear majority. Johan Gély was announced successor of Christian Eggs and now represents the SDC in the Steering Board Committee. Another novelty was the presentation of the winner of the first ever awarded Swiss Junior Water Prize 2017, Anna-Lena Klein from Stans (NW), who will participate at the international finals in Stockholm during the World Water Week 2017. 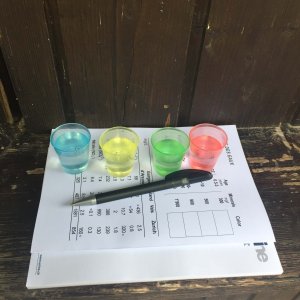 The IUCN’s insightful presentation on Nature based Solutions (NbS) for Water lead to interesting interactions and discussions during the breakout session on the same topic. Two additional relevant SWP topics were: The exploration of blended finance and impact investing and the World Water Forum 2018. The results can be read in the minutes.

The General Assembly was closed by the SWP Co-Chair and Steering Board member Thomas Zeller and his kind words dedicated to Lucien Blaser for his engagement in the SWP during the last (almost two) years. Afterwards, the members enjoyed an aperitif offered by the CHYN – thank you! It was the opportunity to network and exchange, but also to say good-bye to the highly appreciated SWP Coordinator Lucien Blaser. Finally, the SWP members left Neuchâtel after a sunny day full of impressions and new inputs.

Results from the SWP Steering Board Elections

We warmly welcome our two new Steering Board Members!

We congratulate Rose Osinde Alabaster on her election to the SWP Steering Board (SB) Committee! At our last General Assembly in May 2017, she was officially announced as winner with a clear majority of votes.

Rose Osinde Alabaster is a water and sanitation governance and policy expert with specialized knowledge of human rights and conflict resolution with close to 20 years of global experience working at international, national and sub-national levels with key development partners (such as the AfDB). Her experience goes beyond the traditional water sector partners and includes the formulation and audit of projects and programmes that support sustainable planning, evaluation, research on social, economic issues related to sustainable development, as well as at advisory level to governments and programming. In addition, her direct engagement with UN agencies involving the implementation and monitoring of the SDG 6 as well as her extensive network fosters the north-south collaboration and knowledge sharing.

We are very pleased to announce that Johan Gély is now representing the SDC in the Steering Board, replacing Christian Eggs. We welcome Johan Gély to the SWP Steering Board Committee! Note: According to the statutes, the seat of the strategic partner SDC is not put to election.

Johan Gély is the head of the SDC Water Division (Global Program Water). He has dedicated his entire career overseas (advising multi-stakeholder platforms, governments, civil society organizations and the private sector in transitional economies, fragile states and emerging market economies in Asia, Africa and Latin America) and in Switzerland (Federal Department of Economic Affairs and the Federal Department of Foreign Affairs) to support our common goal: positioning water prominently in the governments and the global debate to contribute to a water-secure world for All.

The SWP is launching the new working group on “Nature based solutions for water”, which is the UN Theme 2018 and will be taken up by the Stockholm World Water Week 2018. During the SWP General Assembly on 23rd May 2017, this special topic was presented by the IUCN and subsequently discussed in one of the three breakout sessions. This broad topic allows many SWP members to contribute to the group.

The idea is to plan and elaborate the concept and prepare for upcoming events around this theme. We are looking forward to an interesting exchange around the upcoming water theme. More detailed information on the outcomes from the NbS breakout session are noted in the GA Minutes.

For any further questions please contact us via email.

There are still some places open in the ETH Zurich Institute of Environmental Engineering MAS in Sustainable Water Resources 2017/2018 program.

The Master of Advanced Studies (MAS) in Sustainable Water Resources is a 1 year program at the Swiss Federal Institute of Technology (ETH) Zurich. The program begins in September 2017 and is taught in English.

This MAS is designed to advance the knowledge of water professionals on sustainable water use and to generate connections between academia and practice. The program advocates an integrated vision of sustainable water resources management with a focus on technical training and high level research. For further information, check out the MAS brochure, visit the website, or contact Dr. Darcy Molnar here.

We need your inputs in order to support you!

The next edition of the World Water Forum (WWF) will take place in Brasília from 18-23 March 2018. The organisation of the forum is moving ahead fast. The program of the WWF will be mainly shaped until end of June. The survey aims to identify the intentions and modalities of participation of the SWP members at the WWF. Further, it allows to coordinate the participation in terms of supporting the members if needed and advocating to allow you to have an active role in the various processes.

Therefore, we ask you to take some minutes to fill out:

Thank you for filling it out and sending it back to the Secretariat.

In case of questions, please do not hesitate to contact us here.